Venus Optics has announced a new Laowa 14mm f/4 Zero-D (zero distortion) wide-angle manual focus prime lens for Nikon and Canon DSLRs. The company says that it uses a completely different optical design from the mirrorless version of the lens.

The company says the lens not only provides a zero-distortion image that reduces time in post-production, but also touts its small size, lightweight design, and close focusing distance. The Canon version of the lens weighs 320 grams (about 11.3 ounces) while the Nikon version weighs 360 grams (about 12.7 ounces) and is just 2.97-inches long. It can focus as close as 14.5 centimeters (5.7 inches), which Venus Optics says allows photographers to create “exaggerated perspectives” with “creamy bokeh.”

The lens is constructed of 13 elements in 10 groups and includes two extra-low dispersion elements and two aspherical elements, the latter added to eliminate color fringing and distortion. It uses a 10-bladed aperture, which Venus Optics says can be used to make “fancy 10-point sunstars” when the aperture is stopped down. The lens includes a CPU chip and motor in the Canon EF version, which allows photographers to adjust the aperture via the camera body and will also store EXIF data in photos. The Nikon version has aperture coupling which the company says “provides a clear preview before it is stepped down to the set value.” 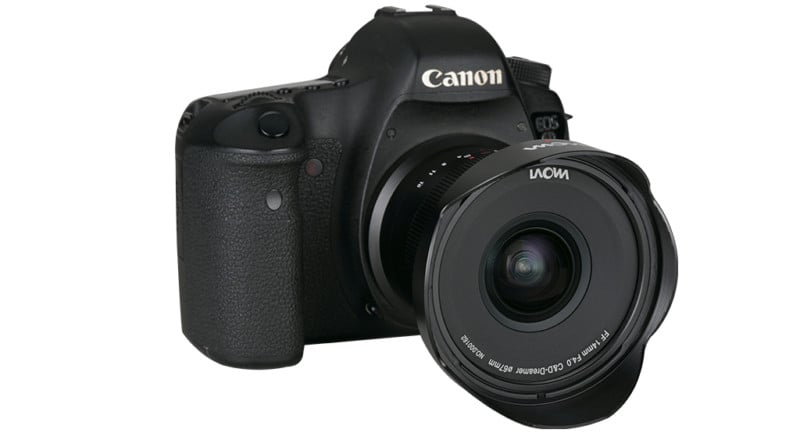 Venus Optics says that the Laowa 14mm f/4 Zero-D DSLR is the first lens in the range to receive what it calls a focusing scale adjustment system. This feature allows photographers an easy to focus calibrate it against the users’ specific camera, allowing the infinity point to actually be exactly on the infinity mark. The company says this is particularly helpful for those shooting in the field, namely astrophotography. Below is the company’s tutorial on how to calibrate the lens:

Below are a few sample images provided by Venus Optics for the Laowa 14mm f/4 Zero-D DSLR lens: