Sabrent has been producing high-capacity computer SSDs for some time, but its latest greatly expands the possible use cases outside of traditional PC builds. The new Rocket XTRM-Q is a 16 terabyte Thunderbolt and USB-C external SSD that promises single disk speeds of up to 1,500 MB/s.

While Sabrent has been producing external Thunderbolt drives for a while, it’s a brand that is more well known for producing high-quality internal PC parts. That may change though, as it is making quite a statement with its latest external drive.

Announced on Twitter, the Sabrent Rocket is not actually a single 16 terabyte SSD but actually uses two 8 gigabyte M.2 NVe SSDs that can be configured into RAID 1 or RAID 0. So while it can get up to 1,500 MB/s per disk, if speed is a primary concern, a software RAID 0 configuration will provide up to 2,500 MB/s. 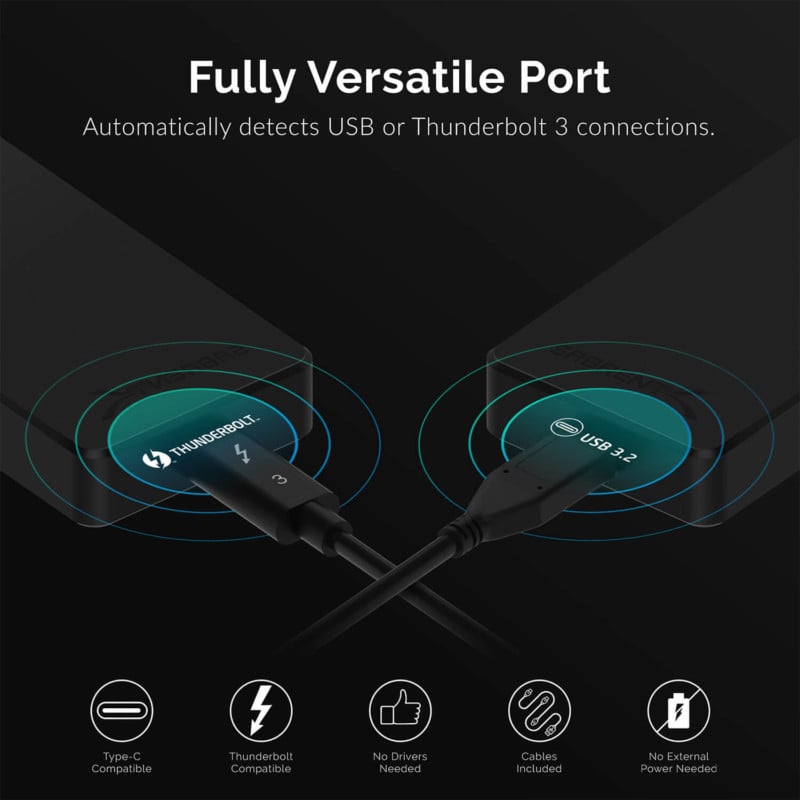 The Rocket XTRM-Q works with both Windows and Mac computers and ships with both a Thunderbolt cable and power adapter. Physicaly, the Rocket is 4.5 x 2.56 x 0.68 inches (length by width by height), which is quite small for so much capacity. The two NVMe SSDs require more power than Sabrent appeared to be able to deliver with Thunderbolt, so it will require wall power in order to operate. The drive also needs to be toggled on and off from the exterior power button. So while the company says that it was designed with travel in mind, the need for the external power adapter and cable could be a turn-off for photographers and filmmakers who prefer to keep a compact kit. 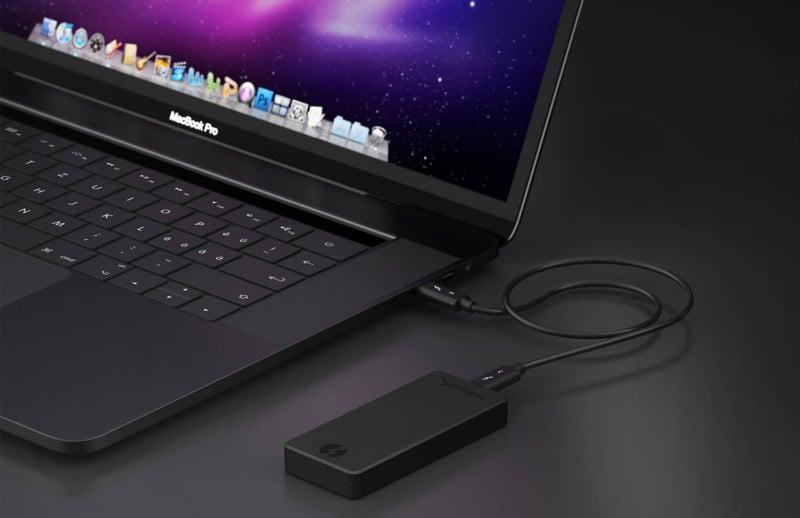 Sabrent says that it can automatically detect USB or Thunderbolt 3 connections, offers USB transfer speeds of up to 900 MB/s, and has integrated temperature and health monitoring systems. 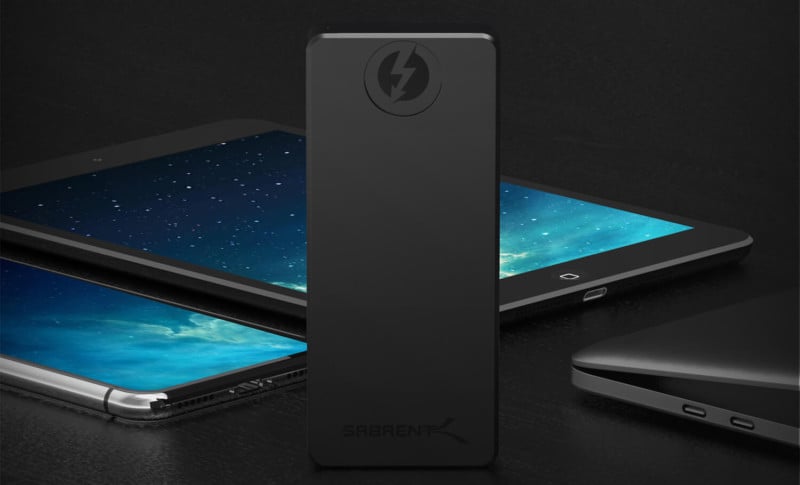 The drive itself is aluminum and ships with a rubberized removable exterior. The exterior material was chosen because of its ability to effeciently sink heat. There are two small LEDs on the side of the case that show the status of each SSD. 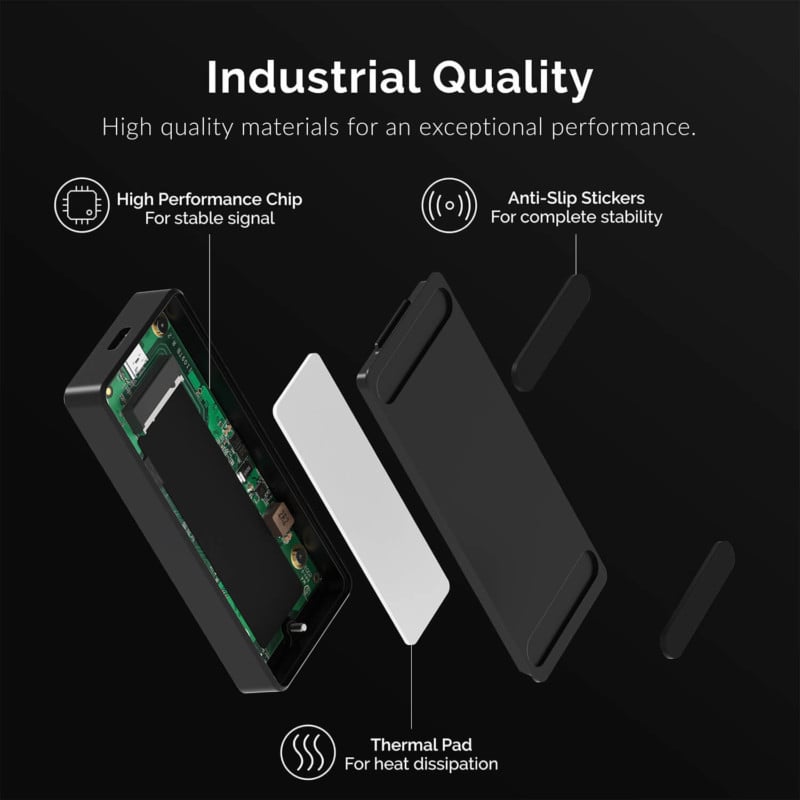 The convenience and functionality that the Sabrent Rocket XTRM-Q offers do not come cheap, however. The drive costs a whopping $2,900. That might be more than most are willing to spend on storage, but from a value perspective, it’s not bad when compared to Sabrent’s 8 terabyte version which retails for $2,000 — twice the storage space but not twice the cost is somewhat refreshing.