LargeSense Launches the LS45: a Full-Size 4×5 Large Format Digital Back


LargeSense has announced the first commercially available 4×5 digital back: the LS45. It can create true, large-format images in a medium other than film and is designed for the Graflok or International standard, can capture both RAW photos and videos, and costs $26,000.

The 4×5 monochrome digital back follows LargeSense’s much heavier 9×11-inch monochrome back that it launched in 2018. In a recent hands-on with the camera, the company noted that future models would be “significantly lighter,” and the launch of the LS45 4×5 back meets that promise. 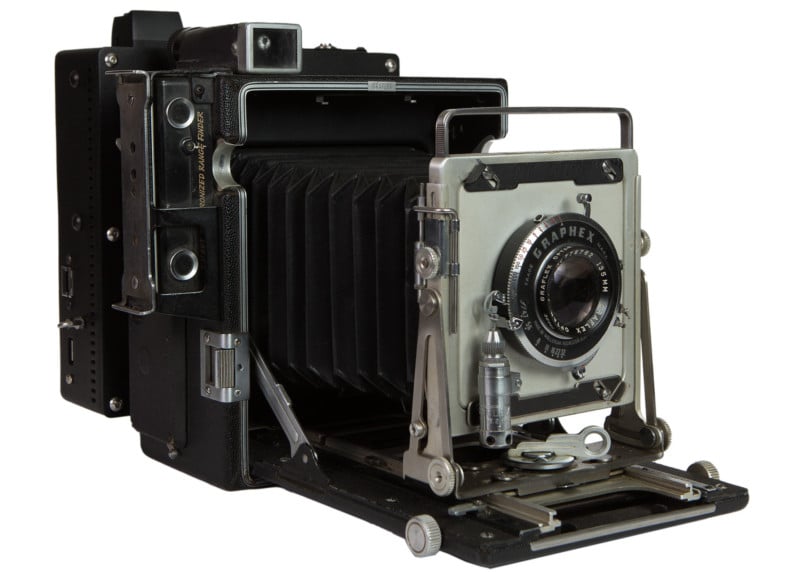 “I noticed I was getting older so I decided to make a list of what I wanted to get done in my life,” LargeSense’s founder Bill Charbonnet says. The entire LargeSense company appears to be one big passion project for him. 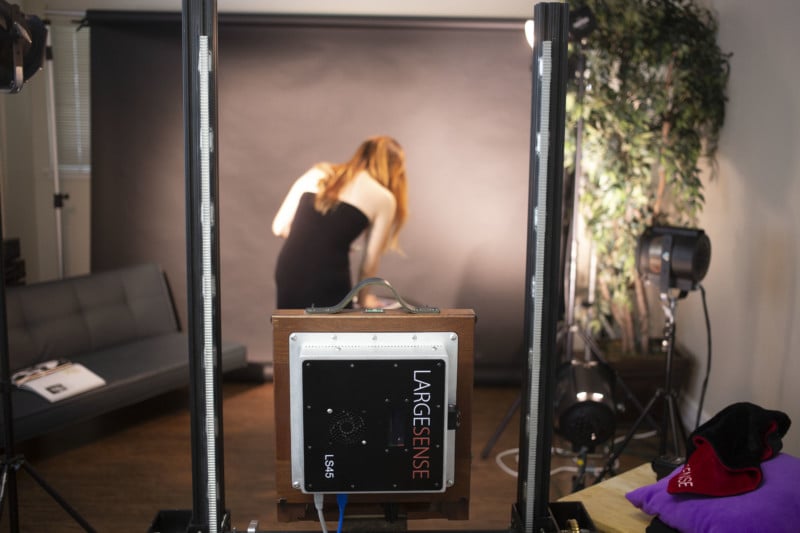 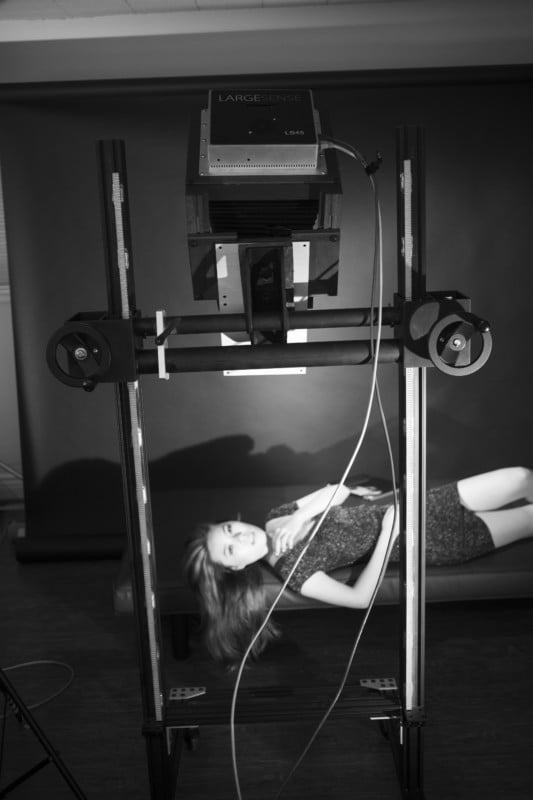 “One of the possible projects I could do was make a large format digital camera. I had tried auto panos, handheld panos, recording a large format projected image, medium format, and so on. Nothing really is as nice as an actual digital large format with a big sensor.”

The LS45 camera is a single-shot 140x120mm 14-bit monochrome CMOS sensor that features an ISO sensitivity of 250 to 2000. LargeSense says that it has 12.2 stops of dynamic range at the low end and 11.65 stops at the maximum ISO. The sensor itself, while massive compared to conventional 35mm sensors, doesn’t have a lot of resolution: it is only 6.7-megapixels, and each pixel is 50-microns in size. For reference, the iPhone X has a 1.4-micron pixel size and the Fujifilm GFX 50S has 5.3-micron pixels. The company says that the large pixel size was chosen because it brings out the “magical 3D quality” of images taken with the camera, and better tones. 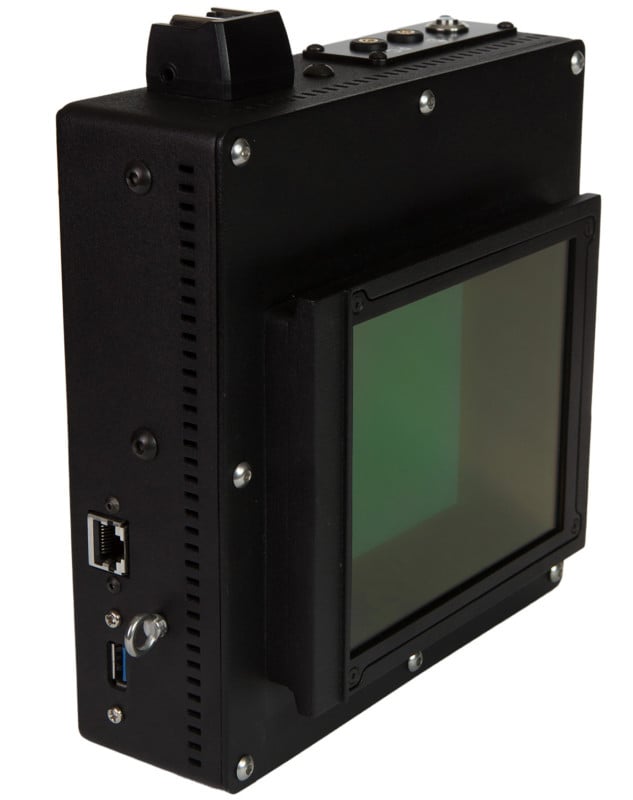 While 6.7-megapixels is a relatively low resolution by modern standards, especially considering the size of the sensor, Charbonnet has created a solution. He has developed custom software that uses a “deep learning neural network” can enlarge the photo up to four times, and Charbonnet says the result is as visually good as the native resolution.

“Included in our software is a deep learning enlarger which works great. Images are around four times the pixels and it looks as good visually as a native capture. The enlarger can make use of Nvidia GPUs for faster operation. If you are processing thousands of frames you would want to speed up the process. For video, it is great since you have oversampled 4K video which is the minimum now.” 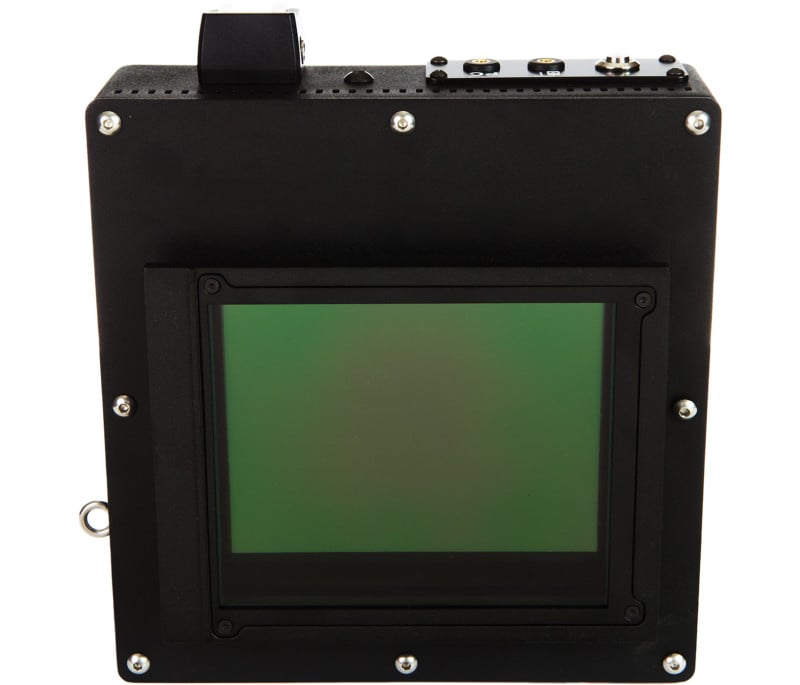 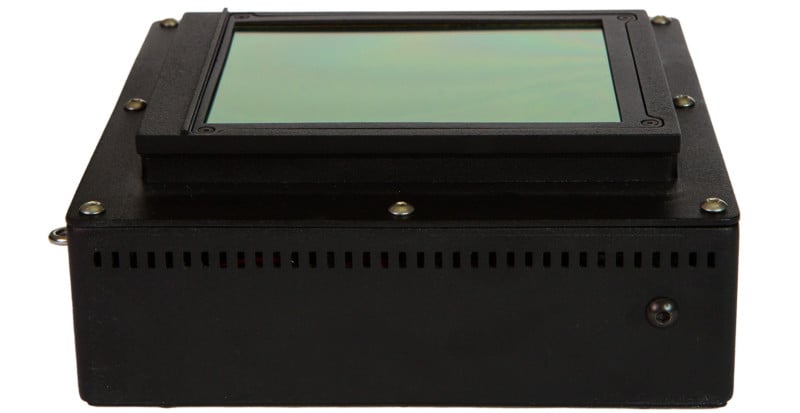 The camera shoots in DNG RAW as well as what is called LSR1, which Charbonnet says is a full RAW format. It can shoot lossless RAW video to “near 30 frames per second” to internal storage, CF cards, or an external USB 3.1 drive.

“LSR1 has the raw sensor readout, the defect map, a dark noise image, a flat field, and our EXIF information. We have advanced flat field corrections, such as our dust removal. We have our own Windows-based software for processing LSR1 files,” he says.

Charbonnet says the camera takes about one minute to boot up from fully off, and the battery lasts for about two hours of usage. Additionally, the sensor has passive cooling which LargeSense says should not allow it to damage itself from too much heat in most shooting circumstances.

“The noise increases as heat increases,” Charbonnet says. “The key would be outside to keep sun from heating it up, you may need to cover with a shade. I notice black aluminum heats up quickly in the sun to the point where it is too hot to touch. The system has been used at 100 degrees Fahrenheit (37 degrees Celcius) without a problem. There are parts of the earth such as Death Valley in summer which can get very hot, and we have not tested it there, but just use common sense.” 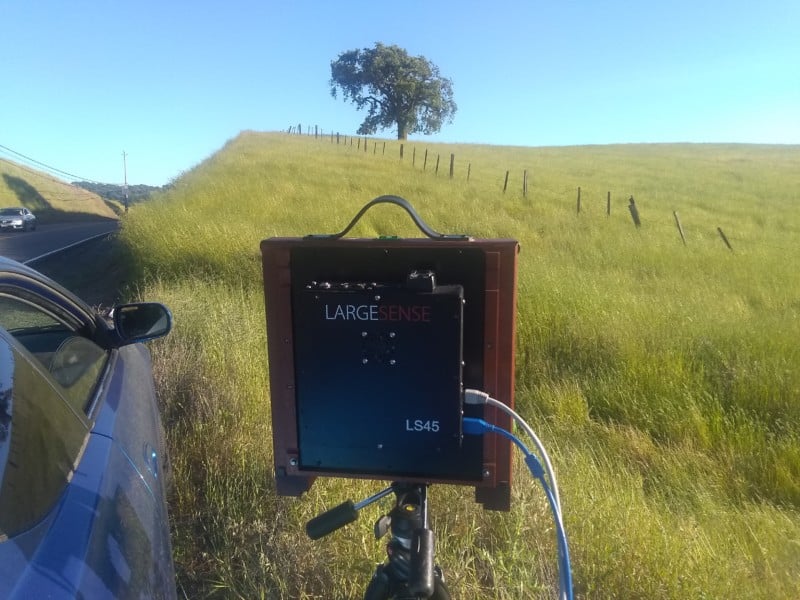 The LS45 retails for $26,000 for the monochrome sensor, but LargeSense intends to produce a color sensor version that will cost close to $30,000. The camera does not ship with a lens, but comes with a back, base, cables, dark frame cloth, dark frame box, LED light panel with a diffuser, and a filter glass for visible light.

It does not include a lens, but has multiple mounting options, all of which can be found on the company’s website.