Engineer Modernizes the 1998 Game Boy Camera with a DIY Adapter


An engineer has figured out a way to bring the Game Boy Camera into the twenty-first century with a DIY wireless adapter that allows him to easily transfer all the images taken with the aged handheld gaming console camera to his smartphone.

Released back in 1998, the Game Boy Camera was an optional accessory for the Nintendo Game Boy game console. It was discontinued in 2002.

In that short time, it not only managed to garner a cult following, it still appeals to users today. Fans enjoy the nostalgia this device brings, which is capable of producing grayscale photos with 2-bit resolution and four color palette options.

One such user and fan is Matt Grey, a managing broadcast engineer and YouTube content creator. As spotted by Hack a Day, Grey has owned the Game Boy Camera for years but was always frustrated by the device’s limitations when it came to exporting the images. The only way Nintendo allowed the camera to export photos was through the Game Boy Printer. Not just that, the device can only hold at most 30 images at a time.

A decade ago, Grey made his first attempt at putting together an interface for the Game Boy Camera that would expand its functionality but was not happy with the outcome. He recently returned to the project and redesigned it, and the latest attempt resulted in a wireless carrier for the camera that allows easy transfer through WiFi to his mobile phone. 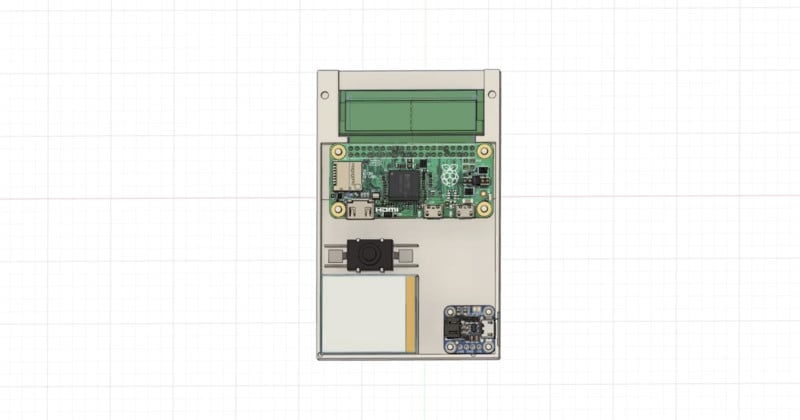 The portable solution relies on a 3D-printed enclosure with a GBxCat RW Game Boy cartridge reader inside and a USB port that is wired to a Raspberry Pi Zero, a small single-board computer, and a portable battery. A set of scripts read the camera and make it possible for Grey to download images via a web browser on his smartphone.

This solution makes it easy for him to transfer the images on the go and he now no longer needs to rely on the Game Boy printer or other devices that emulate one. 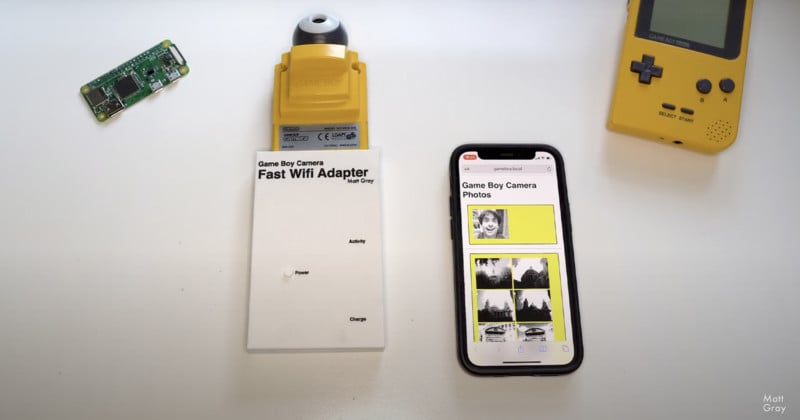 Grey has also shared the code and setup information for anyone else who wants to replicate this device, with a full breakdown of each component listed in the above video’s description.

For those who are curious as to why the Game Boy Camera community and its users still enjoy a dated tool with such limitations during a time where cameras have rapidly advanced can read excerpts from interviews on the on Input.